Hell of the Living Dead

HELL OF THE LIVING DEAD

*WARNING*
All movies reviewed for SUNDAY SNUFF contain graphic depictions that may include rape, live animals being murdered, and extreme gore.  None of the writers condone such acts we just watch this shit.

On my pursuit for extreme examples of horror cinema for the weekly picks on Sunday Snuff I came upon this Italian Zombie movie directed by Bruno (Rats: Night of Terror) Mattei.  I read some information about HELL OF THE LIVING DEAD (a.k.a. VIRUS and ZOMBIE CREEPING FLESH) that made it come across as a brutal film that has been edited heavily and banned at some point.  As always with Blue Underground DVD’s I was excited to see it was fully restored so I gave it a shot.  Well…..not really a stomach churning nightmare fest but I did thoroughly enjoy HELL OF THE LIVING DEAD and it did have some gross out madness that you as the reader should expect from the movies we review!

HELL OF THE LIVING DEAD begins with a toxic green gas, known as Sweet Death, being released into the air after an unfortunate accident between a zombie rat and an industrial worker for the industrial plant, Hope Facility #10.  The movie then cuts to a group of terrorists, I’m guessing in Italy, holding folks hostage and demanding all of the Hope facilities in the world shut down.  While the terrorists are ranting hippy bullshit mixed with Italian panache they get snuffed out by elite Italian soldiers who snuck into the building under the terrorist's big Italian noses.  And by snuck in, I mean strolled in with absolutely no professional method that any right wing American raised on S.W.A.T. Team movies would scoff at.  The elite Italians do such a good, BAD, job at killing the terrorists they get assigned to Papua New Guinea to take care of the situation down at Hope Facility #10.  Once on the island they rescue, KIDNAP, two documentary filmmakers and make their way through the zombie filled jungles to find out what happened at Hope Facility #10.

Now as in most Italian Zombie or Cannibal movies the special effects are awesome and totally fucking gross.  The make-up artists all seem to have thoroughly studied the stages of human decomposition and purification because all of the zombies resemble real dead folks in all forms of decay.  HELL OF THE LIVING DEAD is no different and they have plenty of gore, head explosions, and limb munching that would make any gore hound happy.  The filmmakers also mix in stock video of native funeral ceremonies that show real dead folks that adds a more macabre tone.  And for posterity the filmmakers include some additional stock footage of a few animals being gutted by tribesmen, a native eating a maggot filled eye from a corpse, later seen in DYING-LAST SECONDS OF LIFE, and a jackal chasing, killing, and eating a cute lil’ kangaroo rat.  I’m guessing this is what caused the movie to come up in my radar for extreme movies and the footage could be seen as being pretty intense to the untrained eye.

I did really like this movie aside from the lack of brutality.  This would be a good movie to slowly introduce someone into the world of extreme cinema.  HELL OF THE LIVING DEAD along with it’s soundtrack by GOBLIN seems like a darker chapter out of Romero’s original LIVING DEAD Trilogy and if you can not focus on it being a rip off, like every other fucking review for this movie continually rambles about, I think zombie fans would really appreciate it.

Realistic Gore: 3 out of 5, great special effects and a few horrific scenes from the real world.
Rape: 0 out of 0, kept their dicks in their pants!
Animal Death: 2 out of 5, kangaroo rats are cute you fuckin’ jackal jerk!
Necrophilia: 2 out of 5, maggots on dead people count because they have dead people in their tummies!
Overall Movie:  4 out of 5, good flick, better than the last 3 Romero movies that have come out! 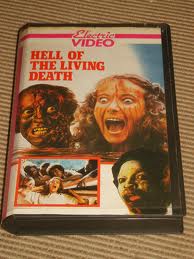 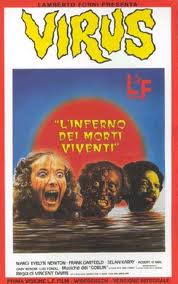 Sunday Snuff
A weekly dose of the worst shit we can find on film. Enjoy!